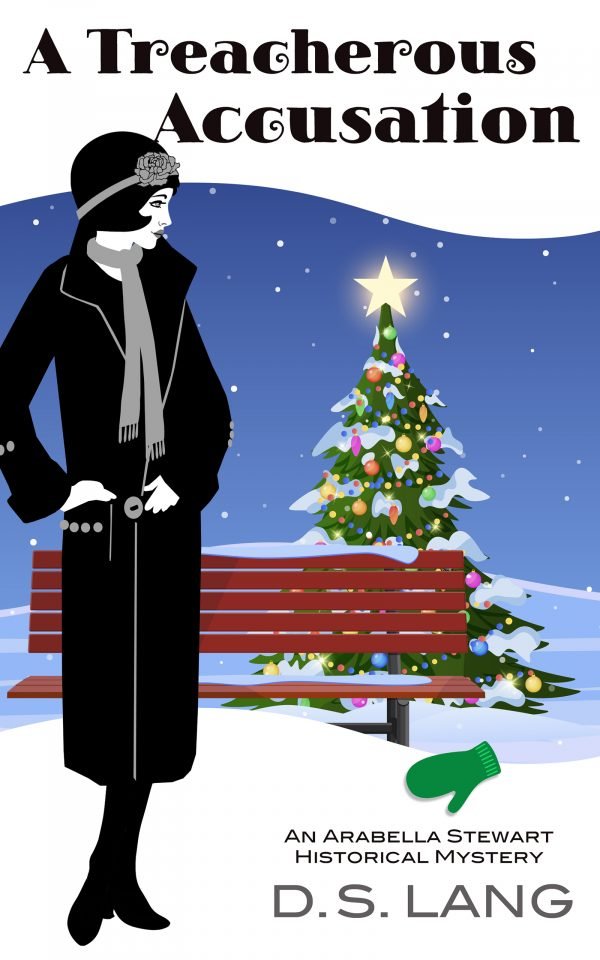 What happens when Arabella Stewart’s sweetheart, Jax Hastings, is blackmailed and framed for murder? Bella must overcome old doubts to keep him out of the electric chair.

As the Christmas season approaches, Arabella Stewart feels more festive than she has since before the Great War. Not only is her family resort flourishing, she and Constable Jax Hastings are finally courting. The future looks bright until Celeste Bouchard, a former French nurse, comes to town claiming to be Jax’s wife. Armed with a fake marriage license and a photograph of their supposed child, she demands money to disappear. Jax adamantly denies the allegations and orders Celeste to leave town.

When the woman is murdered, Jax becomes the top suspect. Means, motive, and opportunity all combine to put him behind bars. But Bella is determined to prove his innocence and refute a treacherous accusation.